The most personalized bus tour in La Coruna (“Crystal City”) to admire one of the most beautiful cities in Spain, led by the Tower of Hercules (WORLD HERITAGE SITE).

Our tours for cruisers are adapted to the scales of ships arriving at La Coruna, with the aim of offering a service according the schedule of the cruises, seeking to be an efficient service to the people that visit us, showing them the best tourist attractions of the city.

Our tour for cruisers has four stops, starting in the Marine Avenue, where we can see why La Coruña is called the “City of Glass“. We will continue along the old city walls to the Castle of San Anton.

The first stop will be here, in the Castle of San Anton (10 minutes stop) today converted into the archaeological museum of the city. This museum sits in an old fortress built in the 16th century. In the XVI to XVIII centuries it was a defensive building and prison, later it was used as sanatorium to treat the sailors that arrived at the city affected of some infectious disease of its trips around the world.

From here, we will go through the longest promenade in Europe (13 km) till reach the “Tower of Hercules” (25 minutes stop), the main emblem of the city, taking a break enough to walk around, take pictures and admire the beautiful views of the estuary of La Coruna.

Afterwards, we will show you an old prison from the Spanish Civil War, our Aquarium, the Museum of Man, the main beaches … to make a brief stop (10 minutes) at the sculpture dedicated to one of the most delicious Galician dishes, “the octopus”. Here we will also contemplate the “panoramic glass elevator”, built in the old cliffs of La Coruna.

Finally, the Mount of San Pedro (25 minute stop), before an old fortress, now converted into a park, in where you can see old pieces of artillery from the II World War. This park is a recovery of the military historical memory and it was set in a strategic location. It will offer you bathrooms, coffe-shops, gardens and an exhibition hall domed. 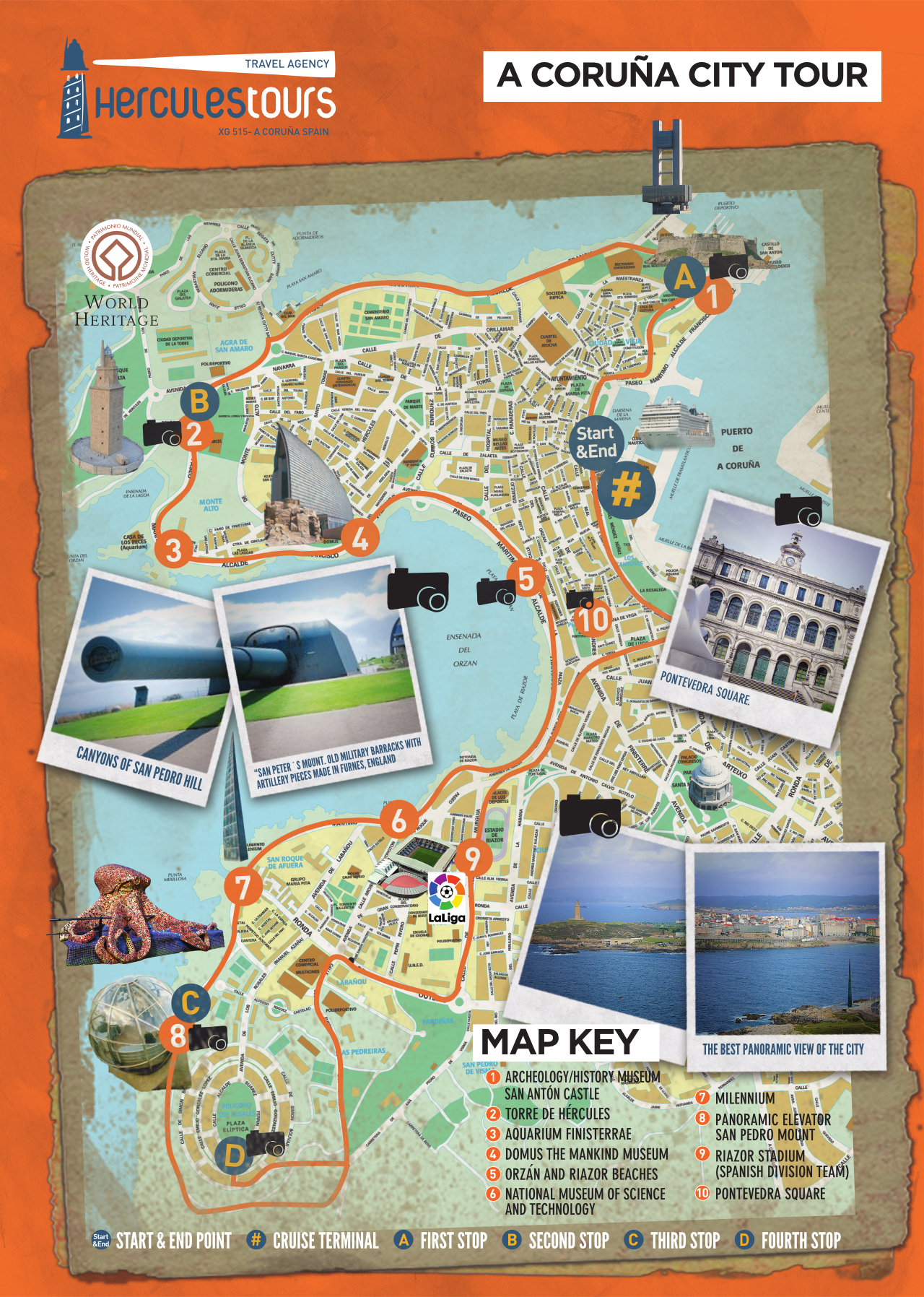